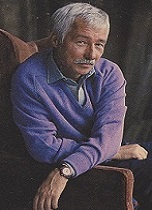 1990 Archive
Coleman Lollar
Coleman Lollar died in 1993 at the shockingly young age of 47. But he squeezed a lot of travel and a lot of writing about travel into that much-too-short life. He edited a magazine for travel agents, was managing editor of Frequent Flyer magazine from 1980 to 1987 and wrote for Travel & Leisure and Frequent Flyer until he died. I worked for him and he worked for me at Frequent Flyer. We worked together at T&L. It was never less than a thrill. He was a supple writer with a sharp eye for detail and a real passion for travel. He especially loved Italy. (Italians, he once told me, were as sophisticated as the French thought they were.) And in his penultimate column for T&L, when he told readers of his impending death, he explained that his only regret was that there were places on the planet he'd never get to visit. -- Joe Brancatelli.

APRIL 1: ELECTRONIC GADGETS: DO THEY FLY?
Last May, after investigators concluded that the crash of Pan American Flight 103 over Lockerbie, Scotland, was caused by a bomb hidden in a radio-cassette player, the DOT said it might prohibit radios and other electronic devices on commercial flights. The bias against electronics is by no means arbitrary. The circuits and batteries in such devices can mask a terrorist’s bomb.

JANUARY 1: READ BETWEEN THE LINES OF A TOUR BROCHURE
Something odd happens to people when they book guided tours. Even savvy travelers leave critical details to fate. A tour can be a convenient, enjoyable and economical way to travel, and it’s the only viable means for most of us to see some destinations—the Soviet Union, China and the East African game parks, for example. Nonetheless, picking the right tour can involve as much work on your part as planning an independent trip.